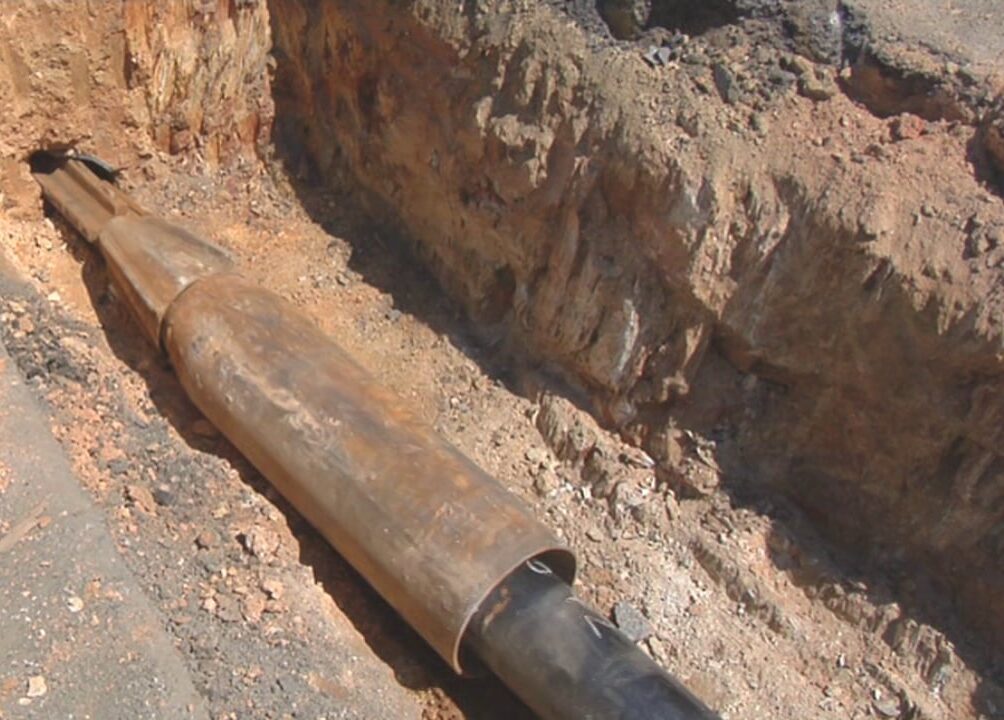 At Trenchless Replacement Specialists in Odessa, TX, our team of professionals uses a method known as pipe bursting. This is used to replace pipes without the mess or hassle of digging or trenching.

The bursting head, along with the new pipe, are launched from the insertion pit and the cable (or pulling rod) is pulled from the receiving pit. The power source that moves the bursting tool comes from power to the head of the bursting tool. This power is converted to a fracturing force on the existing pipe, breaking it and temporarily expanding the diameter of the cavity. The head is pulled through the debris from the pipe and creates a temporary cavity for the new pipe to travel.

The base of the bursting head is larger than the inside diameter of the existing pipe, in order to fracture it. It is also slightly larger than the outside diameter of the replacement pipe. This reduces the friction on the new pipe that is being placed. It also ensures enough space for moving the pipe into position. The tip of the bursting head is typically smaller in diameter than the existing pipe. This maintains alignment and ensures a uniform pipe burst.

Do you need a local pipe bursting contractor to replace an old or damaged pipe? Or maybe you need help diagnosing a pipe problem? Let the experts at TRS help! We’d be happy to give you a second opinion or meet with you to discuss your options. Contact us online or give us a call at 432-580-7693!

Is pipe bursting right for my home or business?

Odds are, it is. The majority of plumbing and sewer repairs and pipe replacements can be completed utilizing pipe bursting and cured-in-place pipe. Reduce property damage and keep your plumbing project as safe as possible with Trenchless Replacement Specialists!

Can metal pipes be burst?

A new steel or iron pipe typically can’t be burst, but you usually wouldn’t need a new pipe burst. The corrosion or damage that’s requiring the pipe to be repaired or replaced will more than likely allow it to be burst.

How do I know what kind of pipes I have in my home?

Information on your pipe materials should be included in the inspection report you received when you purchased your home. If you’re unable to locate the report, call TRS to schedule an inspection! We can tell you what pipes you have and take care of any necessary repairs.

TEXAS STATE BOARD OF PLUMBING EXAMINERS